Got a question about a study we've done or anything at all? Contact Us
April 19, 2021 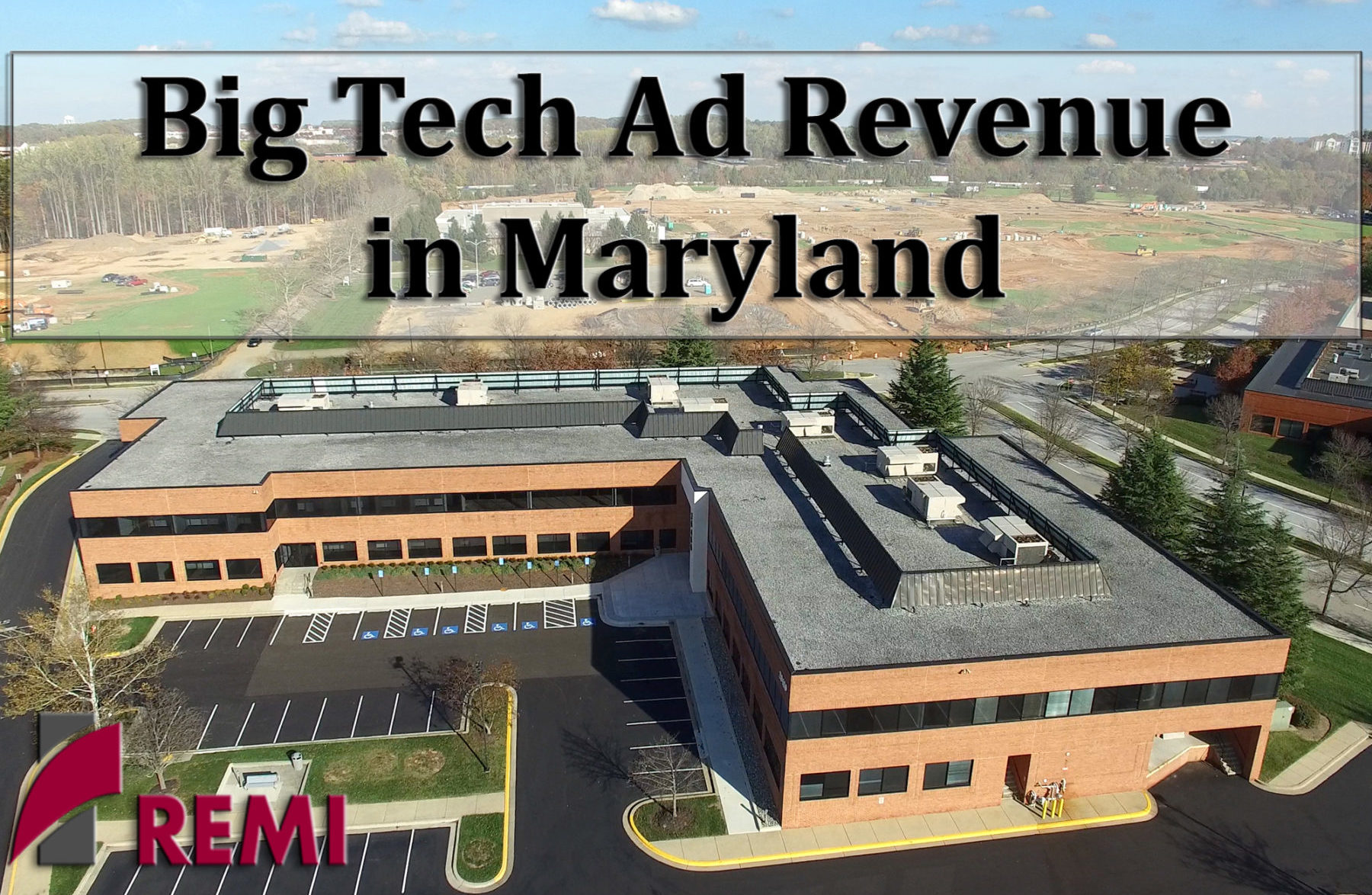 A new tax has entered the national landscape with Maryland’s approval of their proposed tax on the advertising revenue generated by big tech companies in the state. This legislative initiative holds the potential to increase state revenues while also prompting a structural shift for companies like Facebook, Google, and Amazon.

Associate I Julian Cook and Economic Analyst Haozheyi Guan will be hosting a REMI webinar presentation, “Big Tech Ad Revenue in Maryland,” on Monday, April 19th from 2:00 to 3:00 p.m. (ET) that analyzes the economic impacts of this new legislation within the state. The effectiveness of this new policy in Maryland might indicate whether or not other states will begin adopting similar measures in the future.

This discussion will evaluate the lasting economic benefits related to the increase in state revenue, with the new funds being allocated directly to the education system. Our presenters will also be considering the ways in which big tech could shift their business models and the corresponding effects to local businesses within the state.

Included in this upcoming webinar will be a demonstration on how to forecast the long-term effects of a tax on big tech ad revenue at the state and local levels using the REMI model.