Got a question about a study we've done or anything at all? Contact Us
March 20, 2019 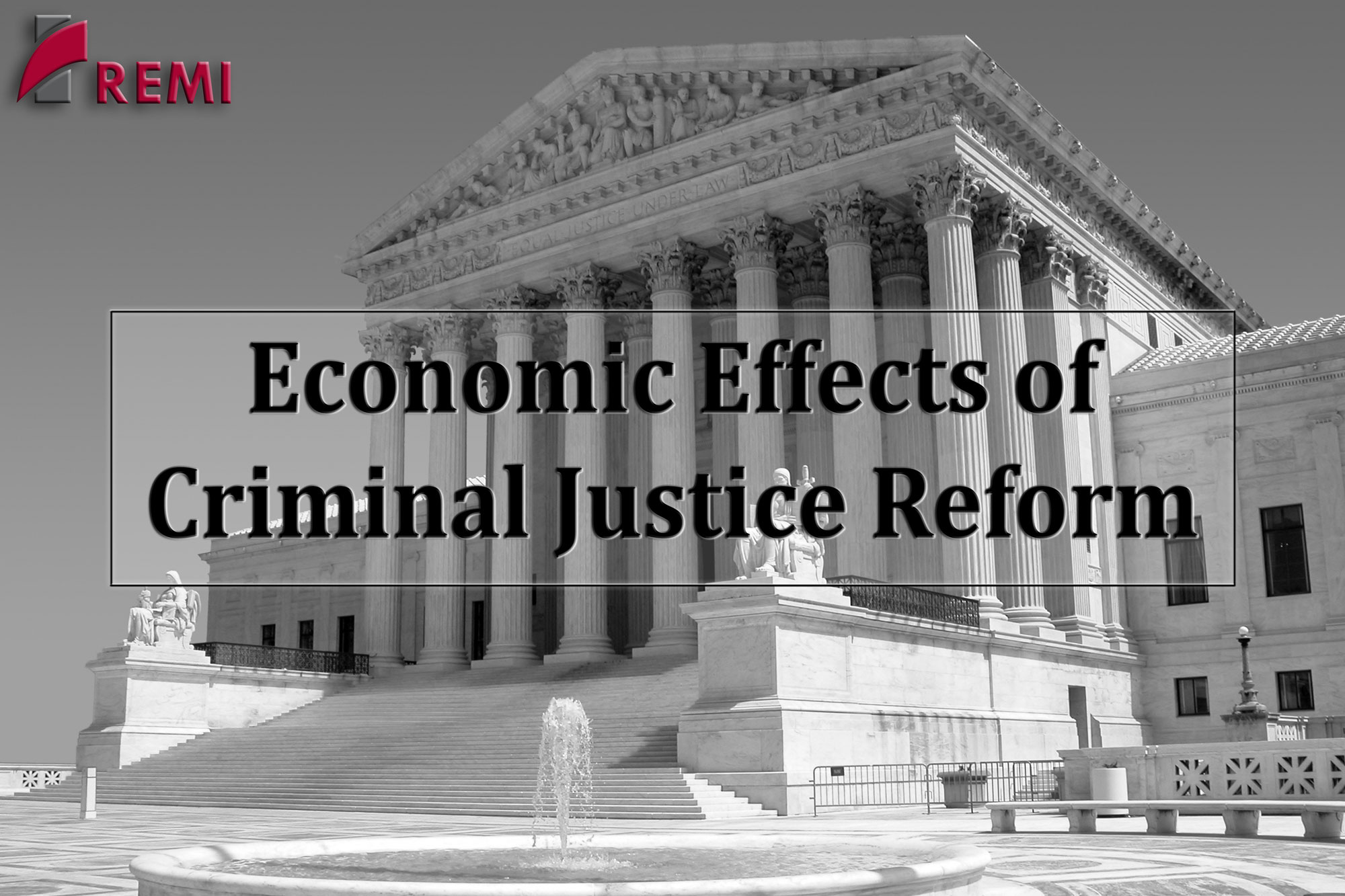 Over the course of four decades, the United States prison population surged as elected officials emphasized “tough on crime” policies. In recent years, calls for reforming the criminal justice system have gained traction, as both conservatives and liberals seek to address perceived excesses and injustices.

Lawmakers have pursued, or at least considered, a range of changes on the federal and state levels – from revising sentencing guidelines to legalizing marijuana. Reforms may not only dramatically change individual lives, but also reshape the economy as more people join the workforce and prison spending declines.

Please join REMI Senior Economist Peter Evangelakis, Ph.D. for a special webinar on Wednesday, March 20th from 2 to 3 p.m. EST when he will present “Economic Effects of Criminal Justice Reform,” an exploration of the varying costs and benefits associated with alterations to crime and punishment in this country.

For this presentation, Dr. Evangelakis will provide an overview of criminal justice reform and incarceration trends. He will examine recent changes at the federal and state level, and demonstrate how to simulate reform’s impacts on output, employment, and revenue using dynamic economic modeling.