Got a question about a study we've done or anything at all? Contact Us
February 06, 2018 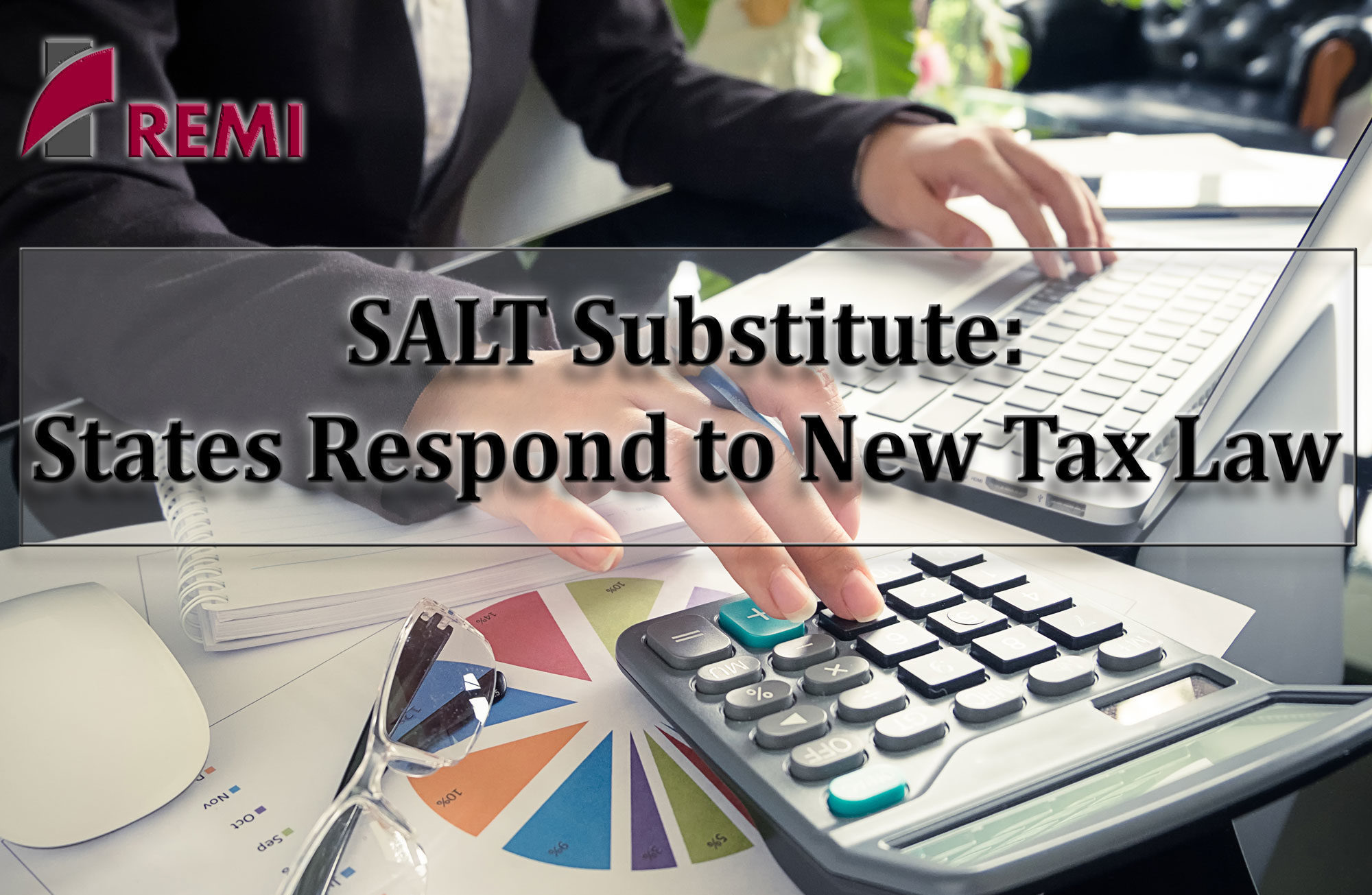 Now that President Trump has signed the sweeping tax overhaul into law, state policy makers have to decide on a response. In particular, lawmakers in high-tax states will try to shield their residents, who face the brunt of changes to the state and local tax deduction.

Peter Evangelakis, Ph.D., a REMI economist, invites you to join him for a webinar on Tuesday, February 6th or Thursday, February 8th from 2 to 3 p.m. EST when he will explore options for states in light of the Tax Cuts and Jobs Act and the potential consequences of the resulting changes to state tax policy.

For this webinar, he will review the ways the new SALT provisions affect certain states, and the possible adjustments those states will make. For example, states may consider shifting from a state income tax to an employer-side payroll tax that would still be deductible under the new law. He will demonstrate how states can estimate economic effects as they revise their tax code in response to the federal law.