Got a question about a study we've done or anything at all? Contact Us
October 09, 2019 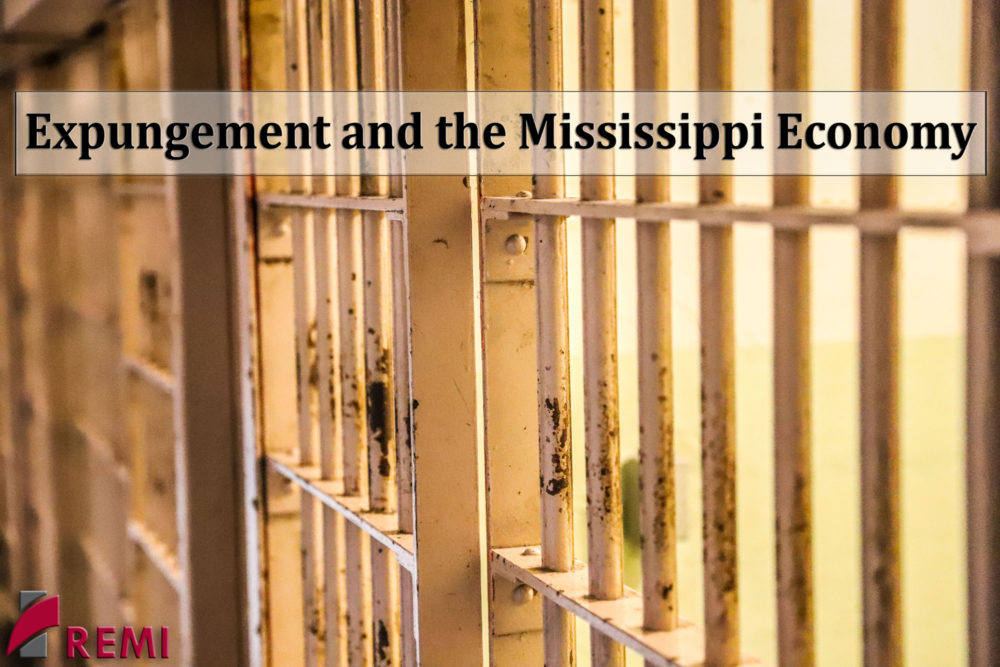 Forgiving criminal offenses has been suggested throughout the United States as a way of addressing labor and employment deficiencies. Allowing more citizens to enter the workforce can generate social benefits, but researchers and analysts can overlook the potential for economic growth statewide.

REMI will be joined by guest speaker Sondra Collins, Ph.D., Senior Economist from the Mississippi Institutions of Higher Learning, for her webinar presentation, “Expungement and the Mississippi Economy,” on Wednesday, October 9th from 2 to 3 p.m. (ET) that explores the link between forgiving past criminal histories and the economic growth in Mississippi.

The state of Mississippi currently stands as the 49th state in terms of lowest unemployment rate while also facilitating the third-highest overall incarceration rate in America. This discrepancy is causing those tasked with improving workforce standards and participation to analyze alternative measures.

Policymakers and activists are often frustrated by the difficulties that those who have been convicted of a crime face when attempting to enter the job market. These difficulties do not appear to lessen over time, which almost creates a lifetime of punishment for, on average, very small offenses.

Dr. Collins will be describing the key findings from her organization’s paper on expungement in Mississippi that examines the change in employment and the state’s review as a result of forgiving the criminal records of a select group of past offenders and making more citizens eligible to work. This webinar will also explain how dynamic economic modeling can generate the socioeconomic and demographic effects of workforce development policies and detail the methodologies implemented in the Mississippi Institutions of Higher Learning’s analysis.