Got a question about a study we've done or anything at all? Contact Us
March 06, 2019 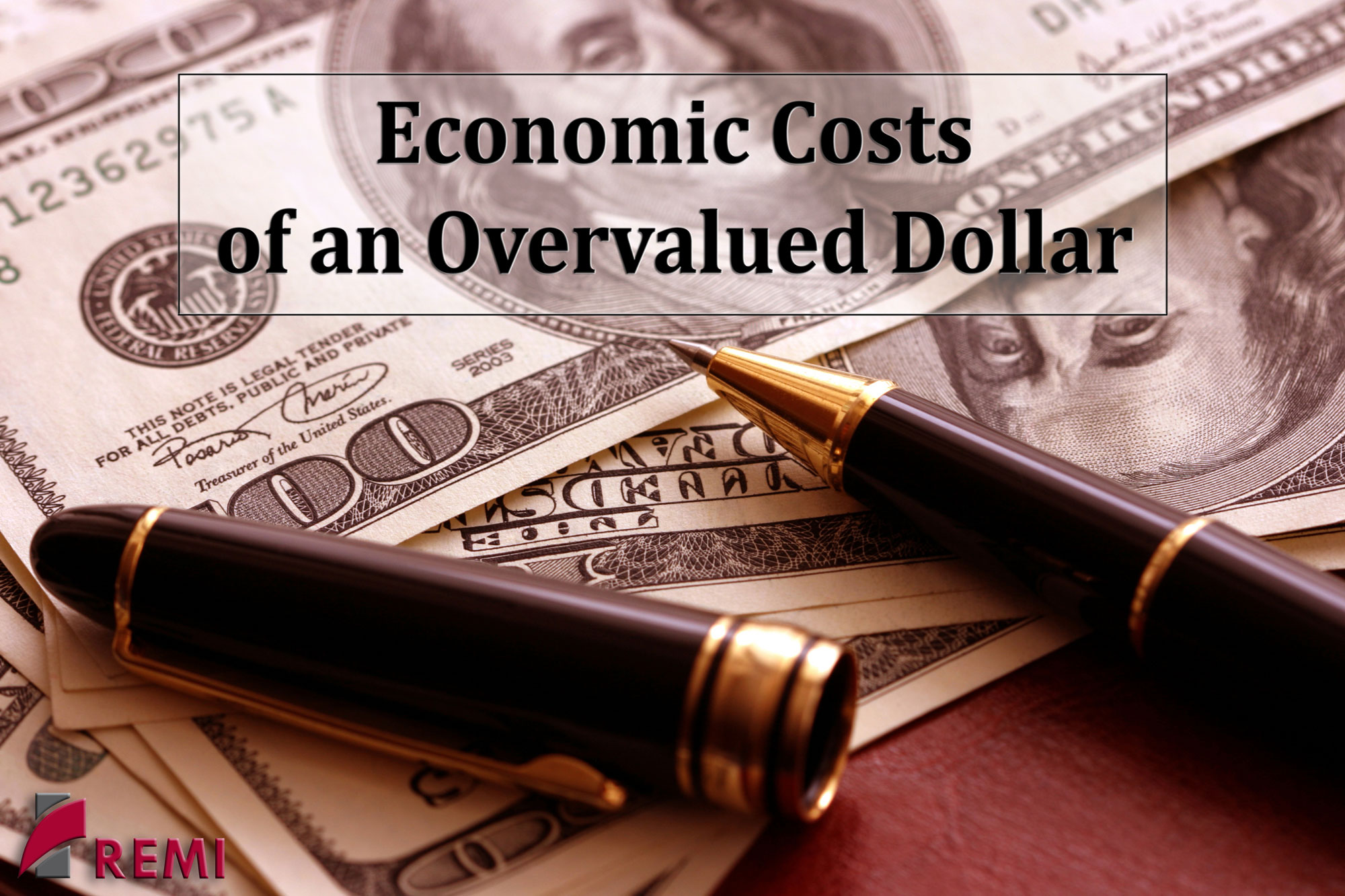 A strong dollar is seen by many as a positive indicator for the U.S. economy. However, an overvalued dollar poses risk for U.S. producers by making American exports more expensive overseas and imports into the U.S. cheaper, potentially widening the trade deficit.

REMI cordially invites you to a webinar presentation on Wednesday, March 6th from 2 to 3 p.m. EST by guest speaker Steven Byers, Senior Economist for the Coalition for a Prosperous America (CPA), a bipartisan organization advocating trade policy reform on behalf of manufacturers, farmers, and labor members.

The CPA simulated a 27 percent devaluation of the dollar on a trade-weighted basis over a six-year period using REMI modeling software. The analysis accounted for the asymmetrical relationship between import and export prices and how they respond to changes in the exchange rate. By modeling the devaluation scenario, the CPA was able to measure the economic costs of the dollar’s value.

For this presentation, Dr. Byers will discuss the implications of an overvalued dollar, share the findings from CPA’s research, and describe the methodology behind the evaluation.