Got a question about a study we've done or anything at all? Contact Us
November 17, 2021

Anticipating the Impacts of the $1.2 Trillion Bipartisan Infrastructure Bill 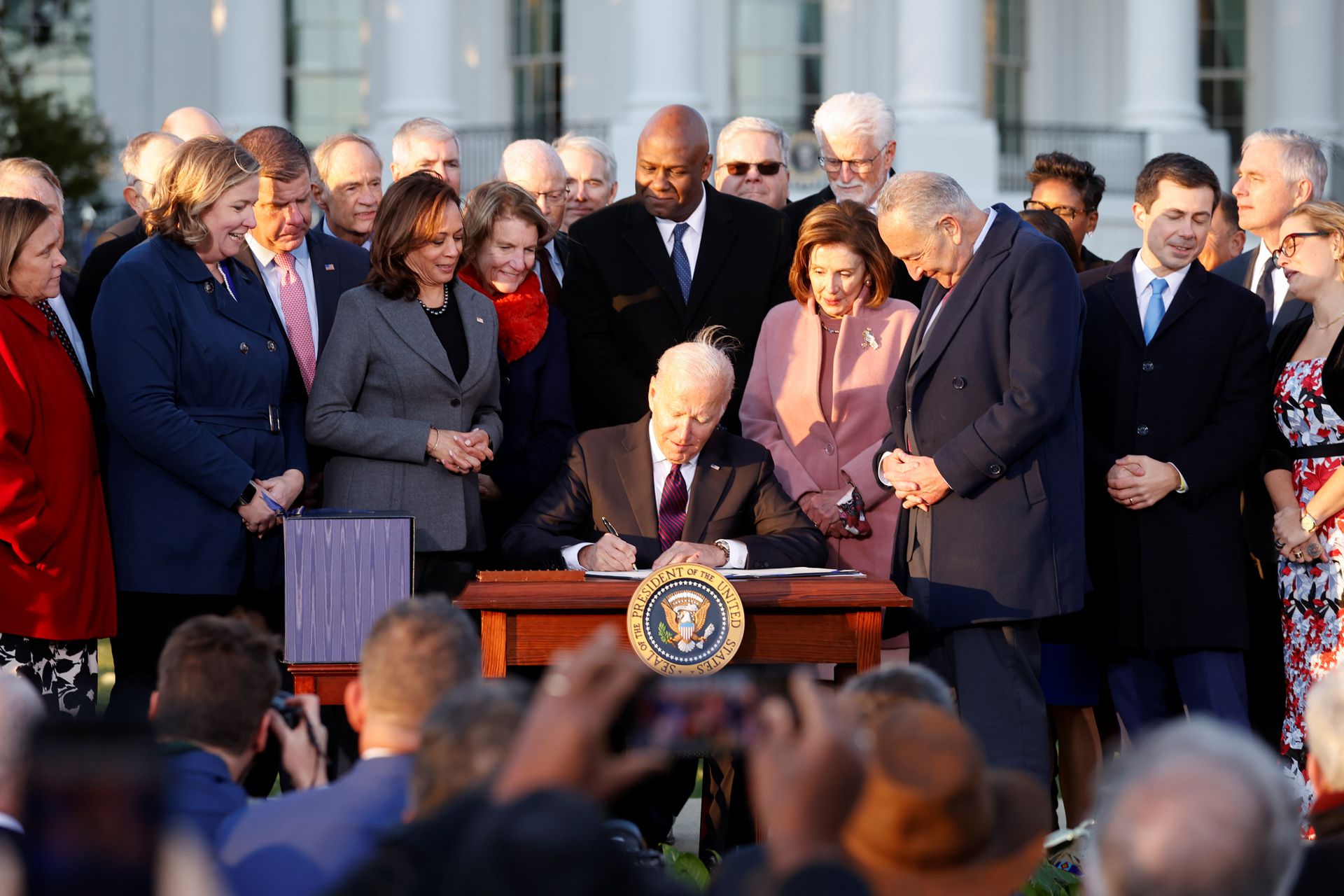 On Monday, November 15, 2021, President Joe Biden signed a $1.2 trillion Bipartisan Infrastructure Bill into law. As the first of many initiatives on the Biden administration’s plan, this deal has taken months to receive the stamp of approval from bipartisan legislatures, undergoing many revisions in the process.

The original bill proposed by President Biden included funding for both human and transit infrastructure investments. Jim Tankersley, White House correspondent for The New York Times, notes that ultimately compromises we compromised to win over a larger group of Senate Republicans. As a result, the ambitions of investing in human infrastructure withdrew from this bill. While the new legislation does not include allocations for social spending as President Biden originally intended, administration executives, external economists, and business organizations widely agree that this law is a fundamental step toward enhancing U.S. infrastructure.

The signed bill will deliver $550 billion in new investments over the next decade into American infrastructure. The prioritized projects include repairing and building federal-aid highways, roads, bridges, railways, airports, ports, and waterways. Investments in the power grid, broadband access, climate resiliency, environmental remedies, and electric vehicles are also highly anticipated projects. To fully consider the effects of these investments, many state and regional agencies have begun to perform resilience and vulnerability assessments to identify areas for improvement and guide the effective use of federal resources.

Likewise, REMI will be discussing the effects of this new legislation during “Economic Impacts of the Bipartisan Infrastructure Bill.” This webinar discussion will consider the critical impacts of the funding outlined in this framework using the REMI economic model. To participate and learn more about this presentation, please click here.

Click here to read more from Jim Tankersley at the New York Times about Biden’s other provisions in his next bill.