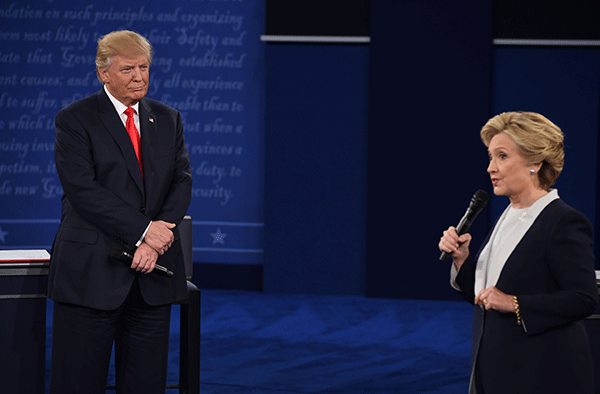 In 27 days, this year’s bitter and unpredictable presidential election will reach a conclusion, and the winner will shape national economic policy for the next four years.

While angry arguments and raucous rallies often drown out substantive issues, serious economic questions are at stake in this election. The subtext throughout this campaign season is economic growth and income inequality.

Voters are frustrated with the sluggish recovery following the Great Recession, and many policy makers are paying greater attention to the widening disparity in wealth. Hillary Clinton and Donald Trump are zeroing in on voters’ economic anxieties.

Clinton has emphasized positions that she says will increase fairness in the economy – paid family leave, expanded child care, and a higher minimum wage. Trump has criticized trade deals as costing American jobs and promised immigration restriction that he says will boost wages.

Trump also vows to stimulate the economy with major tax cuts, while Clinton would raise taxes on the wealthy. Both candidates have spoken in favor of increased spending on infrastructure.

While their economic prescriptions differ, Clinton and Trump both invoke the electorate’s concerns about growth and economic fairness. We have to ask: Do we live in a stagnant “fixed-pie” economy, where all economic competition is a zero-sum game? Or can we grow the pie, and turn the economy into a positive-sum game?

To evaluate proposals that address these issues, we need a dynamic view of the economy. If we can boost productivity, for example, we can grow the pie and avoid fights over limited opportunities. A dynamic approach to economic analysis can anticipate productivity gains, and lead to policies that lift us out of the zero-sum trap.