Got a question about a study we've done or anything at all? Contact Us
November 15, 2021

The Current State of U.S. Inflation 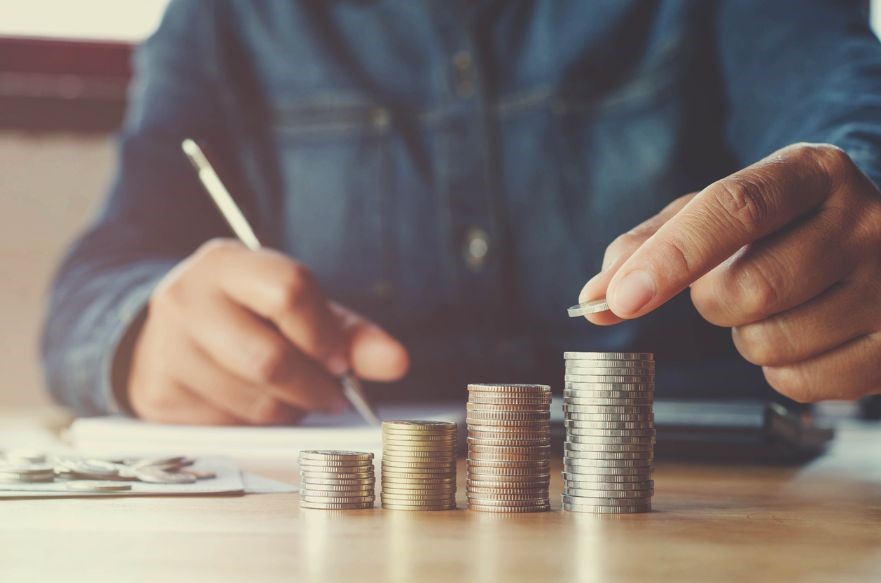 America has been surviving within an inflation bubble for the past year and has left people wondering if it will ever burst. Every significant barometer of inflation has soared in 2021, particularly the consumer price index. As measured by the CPI, the cost of living has jumped 5.4% in the past year to mark the most considerable increase in 13 years, as noted by Jeffry Bartash, an author at MarketWatch. Many economists credit the high inflation rate in 2021 as a byproduct of temporary disruptions caused by COVID-19 and will return to pre-pandemic rates. However, other economists have concluded the higher rates are here to stay. The question of will inflation decrease, and if it does, what will the economic impacts be, has gripped the fiscal analysis community.

Mr. Jeffrey Bartash, a reporter for MarketWatch in Washington, D.C., notes that the U.S. Federal Reserve claims that the burst of inflation is only temporary. Their reasoning faults the reopening of the economy for the widespread shortages of supplies and labor, leading to mismatched supply and demand. The subsequent increase in prices or wages contributed to the current inflation. The Fed predicts that inflation will return to the pre-pandemic average of 2% a year or less once the workforce is rebuilt and labor shortages subside.

As illustrated in the mapping of inflation changes below, the inflation rate has risen drastically throughout the year. The highlights include grocery food inflation rates increasing by 22% in a single year, car insurance increased by 57%, and car rentals have increased by 110% compared to a year ago. 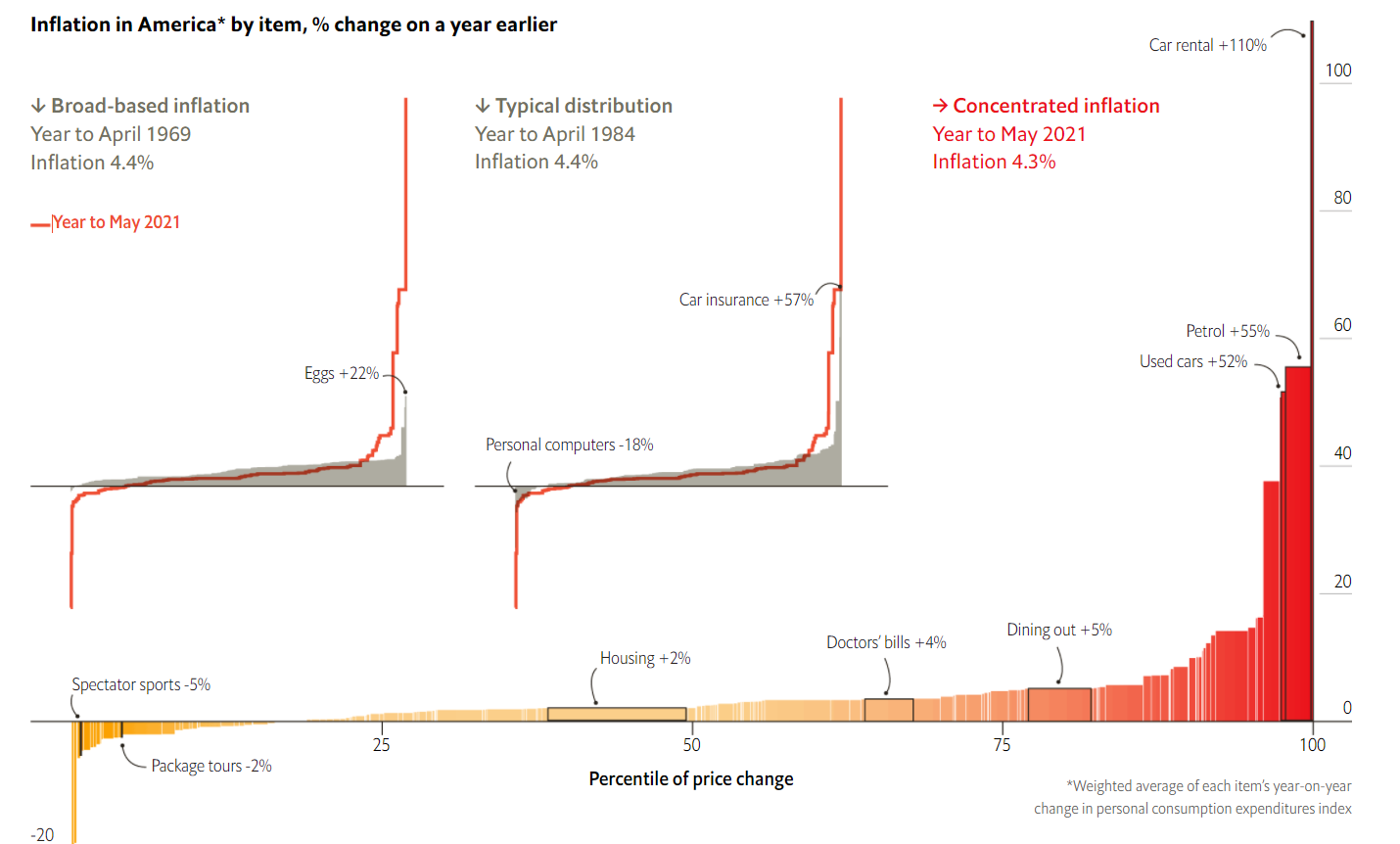 Pictured: Inflation percentage change by year in America from “The Economist.”

According to Columbia Threadneedle Investments, a global firm dedicated to informing fiscal decisions, low and predictable inflation levels similar to what we’ve experienced over the past 20 years generally positively influence supply and demand, employment, and economic growth. Although inflation has appeared to be devastating, it could be viewed as an overall positive outlook on the country’s progression. Since the 2008 financial crisis, central banks have struggled to meet their inflation targets to generate enough demand. Adrian Hilton, Columbia Threadneedle Investments’ Head of Global Rates and Emerging Market Debt, suggest that with the labor markets as strong as they have been for the past 20 years, you can’t create inflation. Adrian argues that if there is no inflation, there may never be a point where interest rates rise. Continuing, if rates do not rise, there will be a dilemma when the next downturn occurs because little to no opportunity will exist to cut rates and stimulate the demand needed to energize a recovery. With inflation on the rise, Columbia Threadneedle Investments predicts rates will increase, such as the mortgage increased in mid-2020 until the current day in 2021. The firm also believes that this will increase the probability of central banks reaching their inflation goals and retain their ability to raise rates.

Earlier this year, REMI hosted “The Broader Implications of the Global Minimum Tax,” a webinar discussion that considered the effects of tax policy changes on inflation in various industry sectors. More information about this presentation, including presentation slides and recording, can be accessed by clicking here.